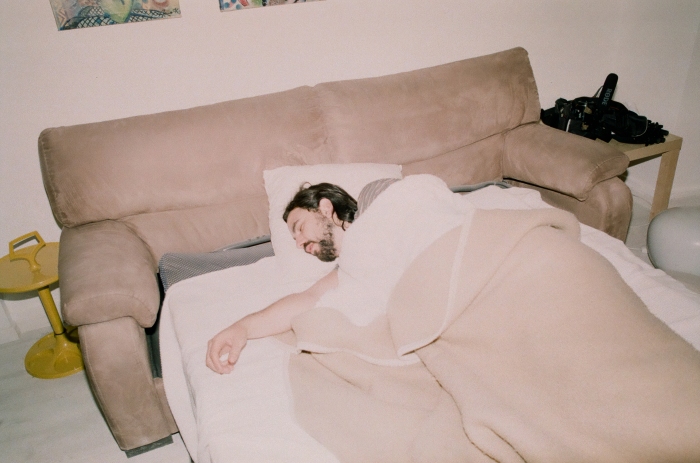 I meet Tiago when I am 7 years old.
He asks me with a english/portuguese accent : “tu veux jouer au babyfoot?”
and I say “oui” and we become friends. During a few years, we communicate through sign language. One day, I’ll learn english and we’ll have deeper conversations.

Our parents live in the southern region of Portugal, where the land stops abruptly and the ocean reigns for thousands of miles. 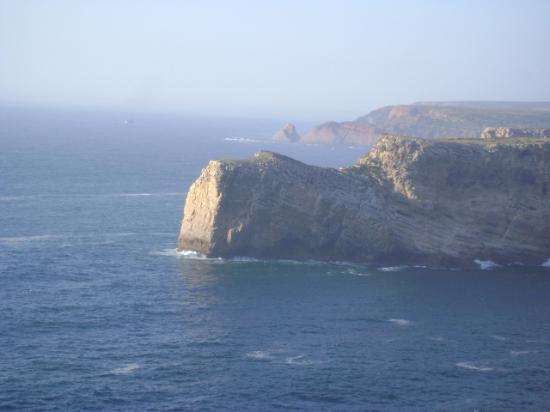 In front of us, very far, there’s america, so we squint and can sometimes see indians and cow boys in the mist.

My father says : “les babs” (the babs) to talk about all these people who moved from babylon to the region of algarve from the eighties on, when Portugal joined the European Community. The southern region always attracts new people. Nowadays they may appear less hippies, they are maybe more “hipsters” but they still live differently, have alternative schools and enjoy their multi-cultural community. Kids there usually speak at least 2 or 3 languages from a young age. They are fucking cool. 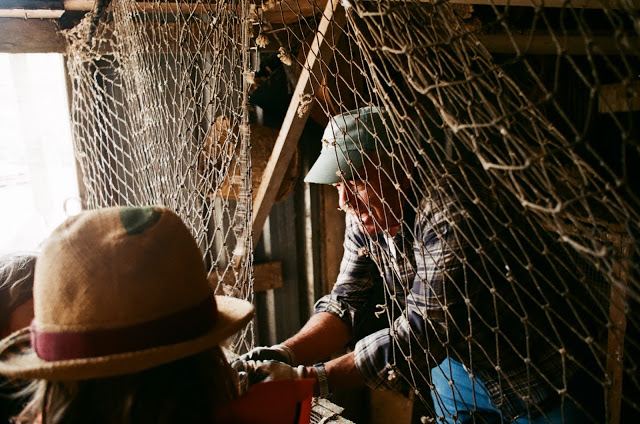 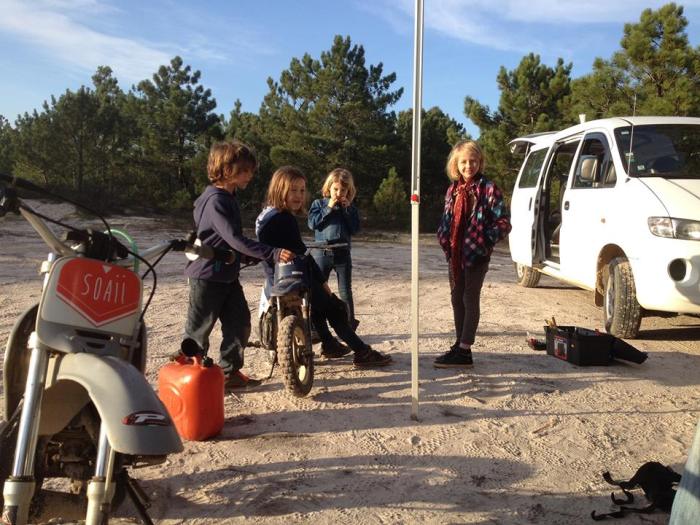 June, July… in the summer, tourists come in mass. They are different from us. They are the archetype of middle class workers coming from their grey countries to live in Portugal their 2 weeks annual holiday because it’s still affordable (and quite beautiful). 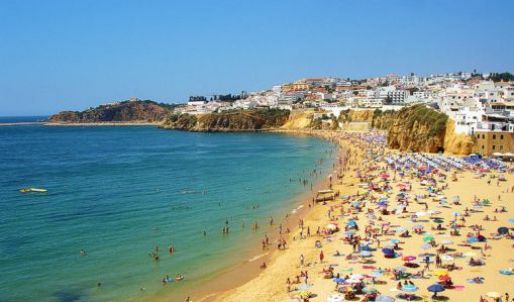 In august, fat pink 13-year-old english girl burnt by the sun walks slowly in her mini skirt down the streets crowded like hell, licking her ice cream with apathetic eyes.

But the rest of the year, there’s no-one in the South of Portugal. Tiago grows up with his lebanese mum, his german step-dad and his little sister. His father lives close by, he is half portuguese, half english.
So many different cultures in one person offers a big aperture of mind from the start, I guess.

Tiago says that travelers from all over Europe stopped in this region, because they physically couldn’t go further. So they started to look around and realised the place was actually quite nice and exotic enough to settle here. This western end of Europe, especially at the time, didn’t look like “civilized” Europe. Before the arrival of the €uro and the financial bubble of the 2000 that provided the coast with boring villas, blue pools and golf courts that remained empty, the coast was almost untouched. It’s still quite beautiful, because it’s a natural reserve protected by the law.
Little villages where old farmers on benches, smoking SG ventil, watch the afternoon minutes melt into hours, the hours in days, and the days in lives. Old fishermen doing the same in front of the Atlantic. 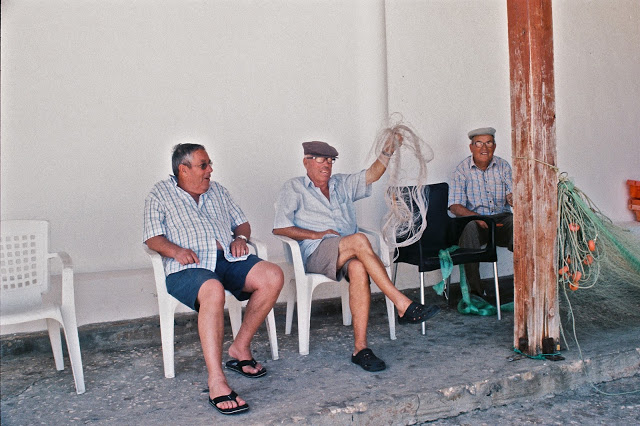 Eternal strong afternoon light. Shades on the eyes, check shirts. Life each day is like a new beginning or an old miracle.
Strong hands and frank eyes; they work the earth. Speak with a rural accent that eats words like a tortoise eats lettuce. For years I don’t understand anything of what they say. An old man works on the land next to ours. For us, his name is “Ta bom”, because he always says “Ta bom?” (“you good?”) when he sees us, crushing my hand in his iron fist. He should say, “Estas bom”, but he doesn’t articulate much.

He is a portuguese from the south.

Someone sometimes translates : they are just saying hello how are you yes I am good, I just went to the market Ok cool let’s have an imperial by this time of the day ok fine let’s go then. 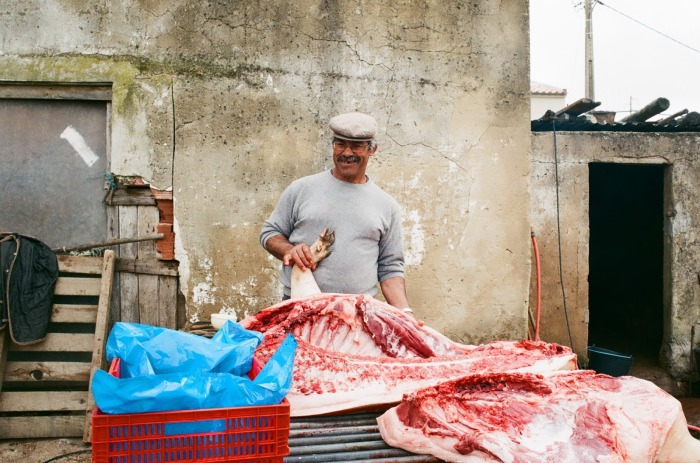 I am 7,8,9… I am 15 years old, and Portugal is my way out of french bourgeoisie I am spending most of my year with.

Oh ! Flat french bourgeoisie ! How boring you are.

Tiago’s parents like most of the foreign parents there, think differently and live alternatively. Praise things like love and sharing. Independence and free thinking. Living your dreams. Be true to yourself, etc. We gather around fires and all the generations mix. I feel like a free range chick. Not much is forbidden, so my quest for freedom isn’t frustrated like all the teenagers I know in france. 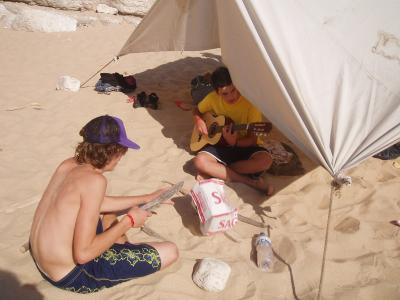 Tiago and Edgar are best friends. I smoke my first joint. Feeling free for the first time is something I can’t forget. Nowadays, this feeling is less strong, even if i am probably more free. First times are the best, anyways.

When I close my eyes, I remember the wind breezes on my chicks and fresh air in my lungs. Sound of summer in my ears. Watching the stars, spinning around in the middle of the forest. Where is the milky way. Is that the milky way ? No this is a cloud. Is that the big dipper ? Edgar takes a while to roll in the dark, next to the river. He will get better later. For now on, we’re only 14.

Tiago plays guitare at the beach for my birthday. Each of my birthday is cool. My father makes a big effort to make it nice. A big tent, guitars, fire, food, etc. 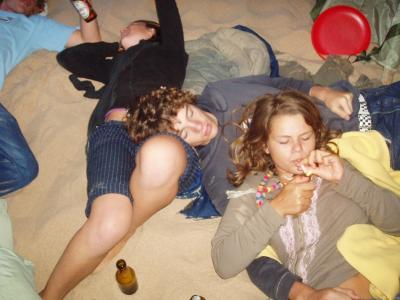 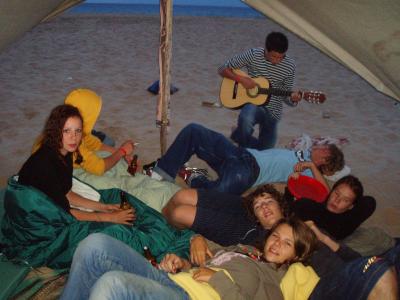 Tiago plays “no woman no cry”. He is not very good, but the intention is here. 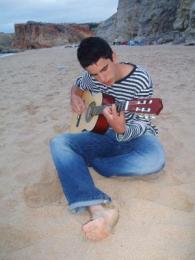 He will get better later too. 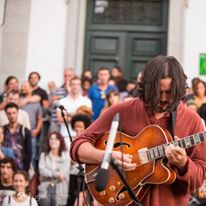 A couple of years go by. Tiago is the leader of a band called the Sardines.
They rock cool concerts at “Atabai” in the little village and drive “the babs” (family + friends) crazy and proud.

It’s the bar where it all started.

One day it will be all decorated with posters of him. When Tiago will pass away, fans will go there for pilgrimage, crying on eructed plastic pop art statues of his bust, lavender candles forever burning and melting on the counter. The speciality will be bifana and compal de Perra, because Tiago loves them. 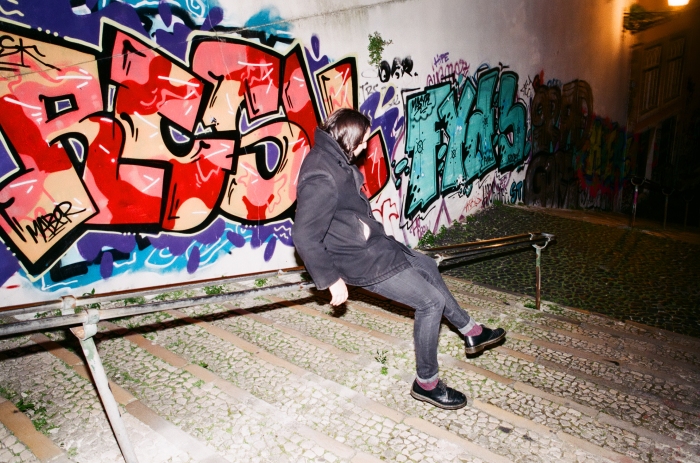 24 years old. Ten years after we looked for big dipper in the dark of the forest and listened to no woman no cry endlessly on the beach.
In the meantime, Tiago has been studying music in Brighton and started a band, Time for T, that is, as I write these words, on the path to become a famous band. By famous I mean: I am in france, i turn on the radio and oh wa, tiago is singing. Well, we can’t predict the future, but that’s what I think. I love their music, and what I heard of their upcoming album sounds brilliant.
I spend a day with Tiago in Lisbon. Pure coincidence of agenda, we’re both in Portugal at the same time. 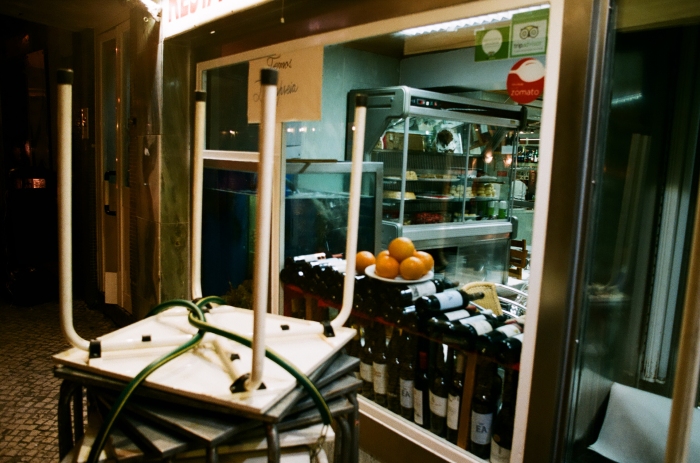 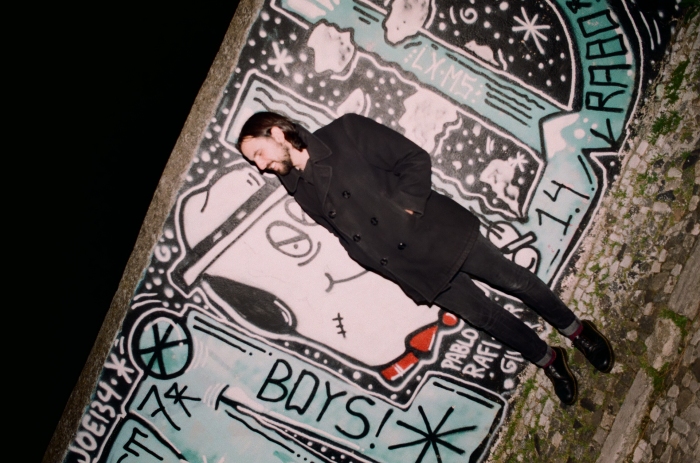 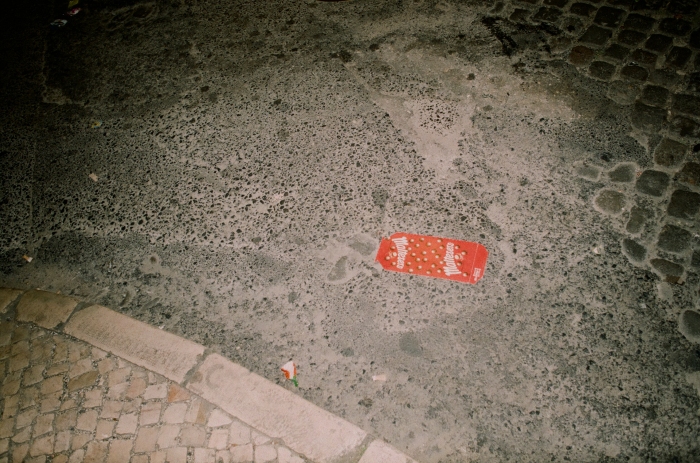 Tiago has inspired me in the past years. While I was spending time studying serious (/boring) stuff to legitimate my existence on earth to my family (and to feel secure in a highly competitive environment), Tiago embraced his passion and lived the life. 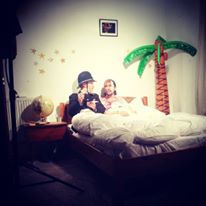 He is maybe the first friend I had who was actually doing exactly what he was passionated about. 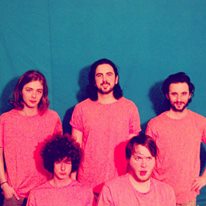 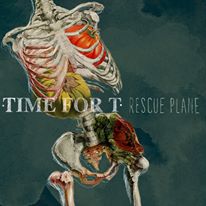 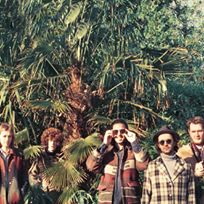 I think it’s a shame. We should all do that.
I feel like I now have the courage to do things I love because of people like Tiago.

His music beats sound of freedom and with the band at live concerts, they drive many people (and not just “the babs”) crazy. Every summer, they tour around Europe and get more fans and gigs. 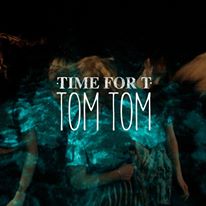 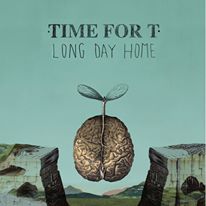 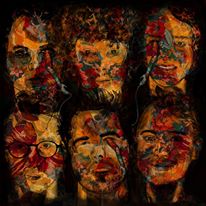 They released 4 EPS and are preparing an album for september. One of the songs of the album, “rescue plane“, has been first for a week in the viral 50 classification of Spotify.
So I said, I think they will soon get “famous”, a.k.a, make real money as artists. 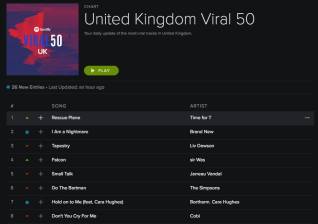 They are already like that in Portugal. They even won an award for the best young band, or something like that in 2013.
(sorry if you think i am a bad journalist, it’s because i am not a journalist). 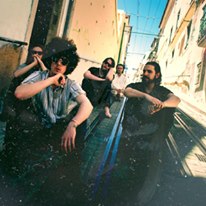 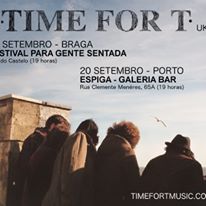 So yeah, Tiago is quite inspiring.

But every time I am here for one of his concert, I must say it’s not the best. Last year I saw them play in a empty pizzeria in the west coast of france.

Today, Tiago plays alone at a conference for geeks that heard computer talks all day. But that’s ok, I try to force the geeks to dance, which they don’t, but that’s ok, I’ll dance alone, supporting my old friend as I always did and always will, even when I will just be a small hysterical point in a fanatic crowd. 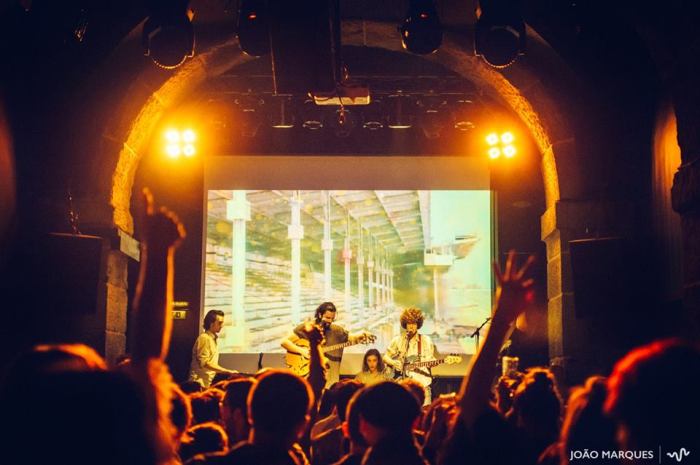 The big inspiration I get on that day from Tiago is 1/ Do what you want to do in life, nothing else. 2/ “To be an artist, you also have to be an entrepreneur and a office clerk”.
His first movement when he wakes up is to check Facebook and Instagram for the band.
The band is good, the music is good, the energy is good. But, unfortunately, that’s not enough to live from your art nowadays.
When I scroll down on Time for T’s group on Facebook, I notice all the communication work, “social media”, they’ve been doing since they started, and I understand that it’s at least as much important as talent.

We live crazy/schizofrenic times where people use trucks to drive on people, but also times providing us with so many opportunities and possibilities that we won’t be able to explore them all in a lifetime.

When I was 14, I had desires that were not really mine. I was dreaming of a house with a perfect lawn, and a dog, and a husband. (I remember at an english class, the image on my school book of a typical suburban little white house in america. This was my dream.) I was scared not to fit and not to feel accepted. I wanted stability, structure and money, because everywhere around, I was hearing life was complicated and hard and depressing.

People like Tiago reminds us that it only relies on us to make choices of freedom instead of boredom. That you will always find what you look for if you put your heart into it.

That the only thing you have to do is to trust your way on earth, and everything will be fine. 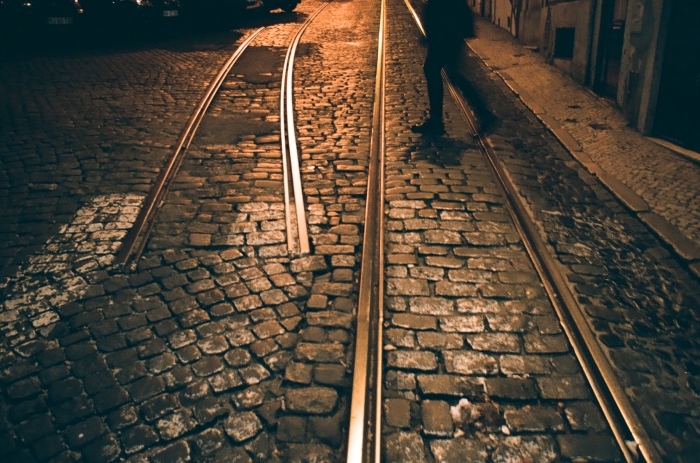 Tiago’s first Hit with The Sardines : “My life is shit”

“Long Day Home” : a song about eating greasy breakfast all day at home :